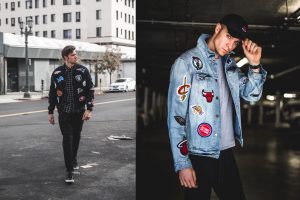 As a former athlete, being a sports fan comes pretty naturally. Yet when you’re from Cincinnati, fandom can be a bit frustrating. The Bengals are wishy-washy, the Reds are whack, and we don’t have an NBA team. Thankfully LeBron is just upstate, so it’s easy to jump on the Cavs bandwagon. As I’ve aged, I realized that it’s ok to just be a fan of the sport as opposed to a fan of a specific team. “I just wanna see a good game” is a sentence I hear myself saying a lot more lately.

Thankfully, I found these incredible jackets from Ultra Game. A brand that creates outside-the-norm sporting apparel that let you celebrate your favorite team in a unique way. They also obviously offer an option to the general sports lover like me, which is to root for every team. 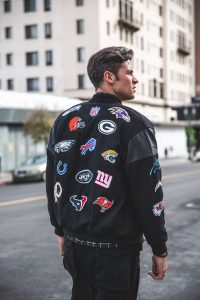 The NFL has been a hotbed of controversy over the last few years, but being that I grew up playing football, it has a special place in my heart. There’s just something about Sundays in the fall and winter. I expect to be enjoying the games. This bomber coat is great because it is warm for the winter months when football is happening, and it won’t get you into any fights if you accidentally wear your jersey into the wrong bar. It’s a amazing conversation piece. Every time I wear this coat I have people approaching me and asking where it’s from and who my favorite team is; except when I tell them, there’s no animosity, it’s friendly. 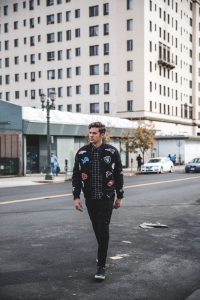 Aside from being a conversation starter, the jacket is just downright stylish on its own. The wool body and leather detailing on the sleeves is really cool looking and works perfectly with an all black look like mine. I wouldn’t necessarily recommend wearing this coat out to a nice dinner, but it can definitely work in a slightly more dressy outfit, as you see above. The patterned button up shirt and black drop crotch pants are much dressier than a simple jeans and tee would be, yet it all works together really well.

As much as I love football, basketball is my truest love in sports. Growing up I idolized the best players, fully believing that I had a future as an NBA superstar. Sadly, after just one year in High School I decided I wanted to focus on football, but that hasn’t changed my love for the NBA. This worn-in denim jacket has every NBA team’s patch on it. Although it pains me to wear a jacket with a Warriors logo on it, I love the fact that I can support my Cavs as well as a lot of the other awesome teams in the league.

This one is also a HUGE conversation starter. I’m always having people stop me and ask if this jacket is new or vintage because they remember the days of CamRon rocking similar stuff in the early 2000’s. Ultra Game absolutely crushed it on this jacket and I love the way it’s NBA forward, but also still very identifiable as a denim jacket. I can wear it with a casual outfit and not feel like I’m dressing too sporty.

If you’re interested in repping your team in an unconventional way, you’ve gotta check out Ultra Game. They’ve done an amazing job on these two pieces and have a range of other hoodies, tees, and jackets as well.

Questions? Comments? Find me on social media @parkeryorksmith or email me at parker@thelooksmith.com!

I hope you enjoy the jackets as much as I do!

As always, do it for you, not them! 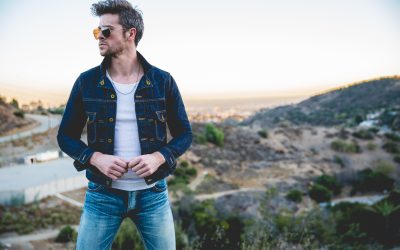 Have You Tried Japanese Denim??

The Most Versatile Fall Look 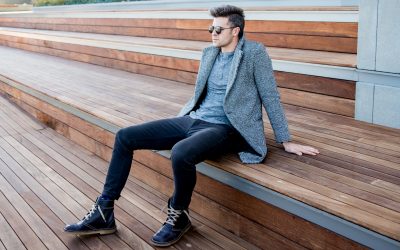 The Best Shoe for Fall 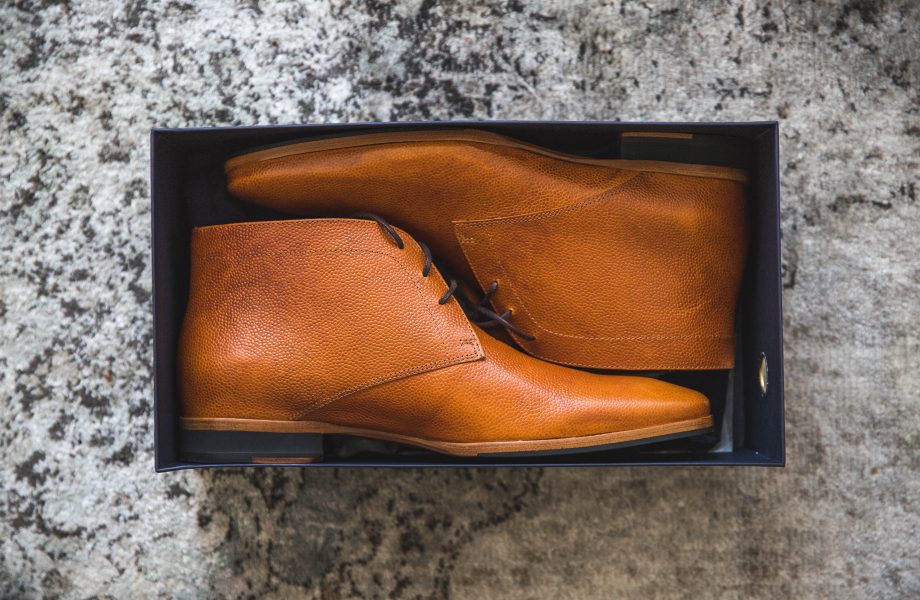 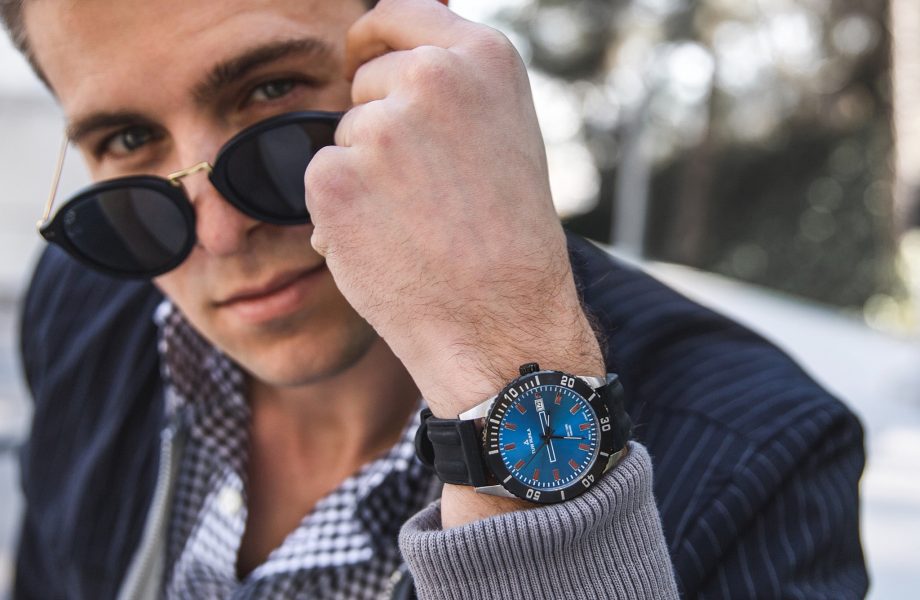 How to Start a Watch Collection